You are working toward an MFA degree in creative writing. Awesome. You see the world through a critical lens. Everything is an experiment. Conversations hold meaning. The notebook in your front pocket, expertly tattered, is for the recording of daily life that could be “useful” to your work. Found objects are significant, like the letter from a daughter to her father that had been tucked inside of a used copy of Sophie’s Choice. Did the father love his daughter, the way that she loved him? Had the father gotten rid of the book in order to forget that he’d ever had a daughter? Could life be more providential?  (Note to self: Write short story about the letter found in used copy of Sophie’s Choice.) You question everything. There isn’t enough time to answer all of the questions, but it seems possible. The liminal space of the MFA program can be a pleasure cruise, or a torture chamber, depending on the day. Workshops are endless. It is all “interesting.”

Graduation day comes: You ride the MFA-degree high into a glorious summer.

Suddenly, you are out of money. What’s more, nobody cares.

Here is the kicker: It is time to make money, not art.

Days are crammed with job applications, writing e-mails to beg for letters of recommendation, scrolling furiously through the Internet to remove anything that might harm your chances of being hired (the pictures from a drag show, the blog posts sprinkled with expletives, and most of your Facebook page, which is evermore locked down to virtual invisibility.)

All of this leads up to the present moment: I feel stuck. One needs only to Google the term “post-MFA blues” to see that quite a few writers have taken to the Internet to describe the aftereffects of exiting the MFA lifestyle.

I am working through a time of artistic and personal regression, during which I have been unconsciously steering myself toward safer waters (gasp, even that cliché).

Heteronormative modes. Patriarchal forms. Regressive expression. (All of these “problems” are privilege-based, I realize, so there is that to consider, more than parenthetically, at a later date.) 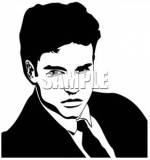 It is TERRIFYING and, I suspect, something that a lot of writers experience post-MFA.

Considering that I live in one of the most conservative states in America (Louisiana), it’s not too surprising that I am currently edging toward conventionality, but it is nevertheless concerning. Without the protection of the MFA community, I feel more vulnerable than ever to outside criticism, censorship, and flat out bigotry.

What once felt acceptable (artistic and identity-based experimentation) now feels either irrational or improbable. The absence of a tangible community has eliminated the critical support system that had originally encouraged all modes of experimentation.

Also troubling is that this type of regression is affecting my queer identity.

In an essay adapted from his book How to Be Gay (Harvard University Press), David Halperin describes in detail what could be the source of what I am calling a regression: “Gay people seem to be rediscovering and championing the superiority of heterosexual social forms … We are trying to beat heterosexuals at their own game.” Halperin further explains:

“We are witnessing the rise of a new and vehement cult of gay ordinariness. In an apparent effort to surpass straight people in the normality sweepstakes and to escape the lingering taint of stigma, gay people lately have begun preening themselves on their dullness, commonness, averageness. A noticeable aggressiveness has started to inform their insistence on how boring they are, how conventional, how completely indistinguishable from everyone else.”

I so want to hate Halperin for this article. In the same vein as a recent and scathing Guardian review—but in a more rudimentary, crude way—I sought out (and invented) flaws in Halperin’s argument, hoping that maybe, just maybe, the finger that Halperin points at the gay community isn’t, in fact, pointing at me. The task at hand, as Halperin describes it, seems almost unbearable to me: “Heterosexual culture remains our first culture, and in order to survive and to flourish in its midst, gay people must engage in an appropriation of it that is also a resistance to it.”

But this same balancing act could quite possibly be at the root of the tension–this between-ness–that a lot of gay men are experiencing. And it could very well be the breaking point for those who decide to quietly return to the closet.

Even those who claim to be on “our side”—our most trusted allies—can participate in heteronormative behavior, even unintentionally. Halperin tells us that heterosexual culture is our first culture; therefore, it could naturally be our first, and default, mode of criticism, i.e. how we interpret the world.

I recently read an article in the online version of the New York Times  about Harvard professor, poet, and critic Stephen Burt. The author describes the poet’s tendency to cross-dress as “unabashed.” This wouldn’t be a problem, except that it implies that cross-dressing necessarily carries shame and embarrassment, and that Burt’s “unabashed” cross-dressing is but another example of how unique he is. I have a laundry list of other problems with this article, from the disappointing question that the author poses to Burt’s parents (“if they worried about him when he was young”, as if the obvious response to Burt’s supposed eccentricities would be—should be?—anxiety) to the possibly innocent analogy comparing Burt to aliens.

I admit, the latter concern could be a symptom of my own paranoia. I think that the author, who appears to be friendly with, and supportive of, Burt, might not have intentionally drawn the correlation between cross-dressers and aliens. However innocent this analogy might be on the surface, it represents a popular trope of anti-queer rhetoric, while underscoring this article’s unconscious message: Look how different this Stephen Burt person is. (Even the article’s title participates in this: “Poetry’s Cross-Dressing Kingmaker.” Burt isn’t just a kingmaker. He is a cross-dressing kingmaker. There is a difference.)

It is becoming increasingly harrowing to express identity, in all of its wonderful, weird, queer forms, without lurching toward the closet door, which is standing ajar and, in some ways, more attractive now than ever. Who can we trust, and why should we trust anyone? What happens when we leave the MFA community? Why do some sink, while others swim? How interrelated are personal and artistic identities (if such things are mutually exclusive)? I hope to address these questions and more in further discussions with colleagues and within the comment field of this blog.

Thank you to Alison for opening up this space for necessary exploration.

One thought on “The Closet Door, Ajar”