Well, I don’t know. That’s what everyone here at Nola Studiola would like to know. Ed Dadey, founder and director of the illustrious Art Farm artist residency in Marquette, Nebraska, is supposed to be Olivia Kate Cerrone’s swan song interview here in the moist, banana plant-laden digital version of the old dirty dirty, the virtual studio-la in virtual Crescent City humid crotch metropolis, the Chocolate City, the Biggest Easy, the sinking terroir-place-I-miss-the-most, do-you-know-what-it-means-to-miss-it New Orleans. That’s why we call it Nola Studiola. Cause it started there, and online, it’s here. And I’m at Nancy Drew’s house in Colorado. Everything is scattered!

But unlike the real studios in Nola, NolaStudiola thrives on digital content. So…where is Ed? He could be nimbly hopping shingles on the top of a Frankenstein barn in central Nebraska, his quiet, hope-lit eyes measuring incline at the same time as his rugged individualism wings over new blueprints for an Art Farm of the future, complete with a working sauna and digital editing lab and possibly five more gorgeous old farmhouses, carted down the street from neighboring corn fields. 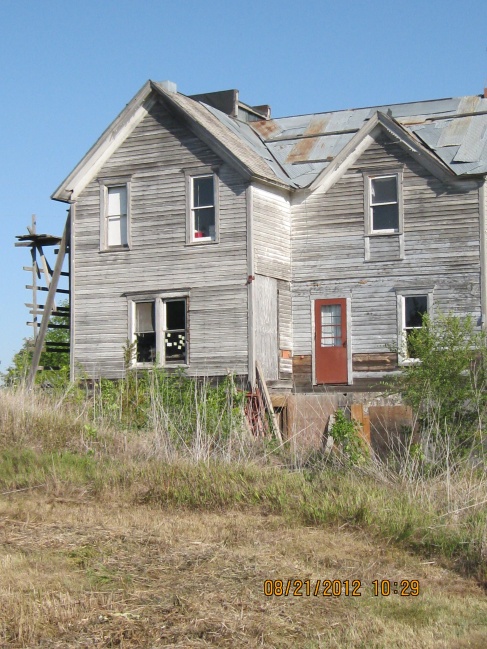 …I remember the Art Farm: a certain intrepid sculptor will finish her Vestal Temple, and there’s still a ladder to the sky made by a gorgeous artist named Loren and there’s a mural by this guy Corwin and some ginormous cube rolling around by a redheaded adventuress  named Brittany and there are interns who are badass and a piano and ancient Farmer’s Almanacs and fire and guns and feathers and chickens named Jennifer Aniston and Ugly One (RIP, Tina Turner). And there are bug bites on my lip and dirt under my fingernails and I’m wearing only things I could find at the Grand Isle Goodwill.

But that’s just in my mind’s eye. Things change at the Art Farm, and my Art Farm is just one Art Farm. That’s how it goes with these people, my people, wandering people whose homes are in their love and their labor.

But Ed might not be at the Art Farm. Ed could be in Brooklyn, where he spends the winter months as a furniture maker/designer, placing the finishing touches on an armoir or the armrests on a dining room chair.

I like to picture Ed somewhere small and efficient, using a giant quill pen under a candelabra, late at night, warmed by plaid flannel and a bear rug, drafting the moat that I surely hope will one day encircle the Art Farm, stocked with garfish who have overbites, and a dingy you can use for when you want to go to the grocery store and/or the Don’t Care. 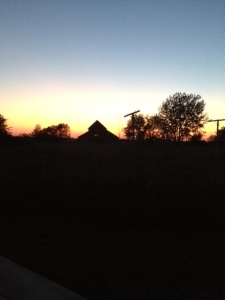 Wherever he is, I hope Ed has a full box of Saltines and several tins of sardines and a large pot of fresh coffee, and ten dozen frozen cookies in his freezer. I like to picture him in a place where the pancakes are large and the possibilities endless.

If you know where Ed is, you can tweet at us at @NolaStudiola.

P.S. The striking couple holding hands, or paw/hand, is an indoor mural in the Victoria House at Art Farm, by the artist Elena Megalos 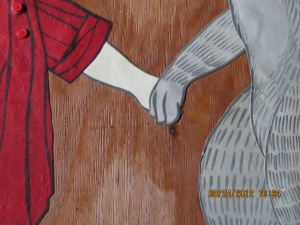