Ed Dadey’s interview is going to lurk in the powdery wings of the Studiola stage for the indeterminable and near future.

See how I did that? I distracted you from Ed. You’re picturing wings of a stage, which is where this conversation happens, this Redux, this platform.

Kind of like working on a story for a month and then realizing it’s going nowhere, we artists have to develop some sort of patience with anything we’re birthing, including interviews with the directors of fabulous artistic residencies. 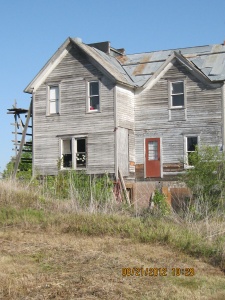 It’s 2013! Some things Alison has learned: You cannot bitchslap a muse into producing; you cannot force a man to play house, and you cannot use online chatter to scare a Dadey out of hiding.

In the aftermath of the Newtown Connecticut school shootings, (I know–sorry, you didn’t expect shooting talk, did you? Hang tight.) something lovely happened online. The blog post “I Am Adam Lanza’s Mother” written not by the deceased but by Liza Long, re-published by the Blue Review, went viral and ended up on places like Huffington Post. And then people answered back to Long’s meditation on her son, her struggle with his behavior disorder, and her very personal, inconsistent, untrustworthiness as a journalist, an advocate for children’s mental health care needs nationwide, a representative of competent parents who protect their families’ privacy—none of these titles does she hold, by the way, nor are they things she claims to be, as far as I’m aware. But she put stuff online and said stuff and used her son’s info.

Cut to: blogger, scholar, and, among others things, Slate contributor Sarah Kendzior read more of Long’s blog, (so did a lot of people) and examined what we’d say is the context for her post in rhetorical circles (so did a lot of people), and found that “Long has written a series of vindictive and cruel posts about her children.” A lot of other media outlets said a lot of other things about Long’s intentions and her (lack of) credibility. But then, there’s no test of credibility or reliability we bloggers have to take to go online, and so it’s all up to the hard work of the writer and reader to make meaning…. And then the tongue and tail circled back when Long and Kendzior issued a joint statement clarifying that they want not to add fuel to the fire of a “mommy war” but instead to draw attention “to the need for a respectful national conversation on mental health. Whatever disagreements we have had, we both believe that the stigma attached to mental illness needs to end.”

Did you see that up there? The conversation got plastic just then. Plastic as in how our brains reconfigure how we organize information, sift priorities of image, text, categories, the more we shuffle parts of our selves online. A blogger and a journalist/blogger found each other and re-directed what their online words had created online to encourage their priorities in the conversation, they said, bringing us Googleheads and hyperhypolink heads to the point they decided they wanted to make: don’t make this a mommy war.

And then Hanna Rosin’s “Don’t Compare Your Son to Adam Lanza” popped up on December 17th, on Slate’s blog XX Factor: What Women Really Think. She put a possible roof on the house we’ve been building about confessional blogging and individual stories and their relationship to policy and larger conversations. She took the cue from the joint statement, but also drew conclusions from the concerns that Long’s confessional blog presents about respecting your kids’ privacy among other stuff.

She writes: “maybe it’s time to add a subcategory (to priorities of children’s rights agenda) protecting them from libel, by their own parents.”

And here Rosin demonstrates what the blogosphere can do for and with journalists: she pushed the conversation, not the mommy war, further by building on the data—the stories—we’ve all been telling ourselves and each other when we reacted to Liza Long. She built on the controversy and the joint statement. And this is possible in a very short amount of time online. We found we don’t have rhetorical protocols in some grainy, vacant pockets of online discourse, and we don’t have trust, and so we must shape our words to try to build that thing, that “community” and “conversation.” Each and every one of us, even tiny little-known blogs about artistic process and change and doubt and personal essays that try to dress in formal clothes and Join A Real Conversation that Transcends the Individual.

Something starts out at first looking solid and unwieldy—a “crazy” lady blogs “inappropriate” “stuff” about her son, and blogosphere and journalistblogger types ferret out “the facts” and malign her.

Then we get reactionary,

Then we realize these are words crafted by people, organized to have a particular effect at a particular time–so confusing when you think about it, really.

And try words again, and try to make use of the reactions and the stuff and the ferreting.

This is a practice of trust building.

This is no different from an artist’s journey to find the heavy, immoveable furniture in her heart and mind on which she can rely when, as a friend puts it, “life gets loud.”

Go forth and be accountable! Change your mind; leave and circle back. It’s a plastic universe out here.

One thought on “Building A House Online”