Sometimes on this blog of Whimsy there comes time for the deeper stuff, which I will title “Meditations” so as to provide a reader with a head’s up, and, if you so desire, an opportunity to skip over said deeper-stuff posts.

Two or three men ago, in the almost-tail end of a deep Denver winter, I fretted over the stuff we all fret over: “Does he like me? Do I like him? What should I rearrange in my life to make space for him?” Hm. That last question is a funny one, and one that I didn’t realize I asked myself until earlier this past winter.

The man in question was a very nice man. I’ll call him Percival. He liked to say he had no baggage. That’s not metaphorical. Literally, out of the blue during conversations, he’d pipe up and say, “I have no baggage.” And I’d nod and smile and we’d continue with the conversation. And he bought dinner always. Nice dinners at places where they’d never think of using iceberg lettuce or factory beef. We drank good Pinots and handcrafted cocktails and he wore his nice shirt and I took time to get my lipstick on straight.

Late one night I drove through a snow storm back to my roommates’ house in Parker. During the drive, I did something dumb. I talked on my cell phone to my friend L, who told me she was getting married and moving across the country to start her new life. I clutched my phone in my right hand and steadied the wheel with my left, hunched and squinting when the wind kicked up and blurred the guardrails. The roads hadn’t iced over but the slush made for skids and exiting I-25 South was a bear. Meanwhile, in the phone conversation, L. had faced a fork in the road—academic teaching career or marriage, across the country—and chosen one route. I told her I had met a new guy. She sounded relieved and said good. And in the middle of the snowstorm my car rocked a little and I knew that talking on the phone was not the safest way to drive through that storm and make it home. But I did anyway, because I grew mesmerized by L’s desire to anchor me. I’m so tired lately, I said, that I don’t think I’m making good dating decisions. I’m so tired and I’m so scared that I find myself just looking for someone to take care of me.

Why is that so bad? She asked.

I made it to the driveway and sat there, and pictured myself accepting care from a man who seemed to want that, to take care of me, at least for a while, or until I became too complicated, and I considered following my friend’s advice to go with the flow—cede to the current of his persistence, his constant texts and calls, his ever present availability to buy dinners for me and show up in walking distance of where I wrote every day. I thought about how that did make sense in some ways. And I watched the snowflakes cover up my windshield, and I felt the familiar anxiety grow inside me, the panic of the unemployed, of the novelist who hasn’t finished her novel, and inside my worn little car I grew very impatient with something despite the silent falling flakes of white covering me up and the heat still keeping me warm from the air vents, and that’s when that phrase—poof—came into my mind:

His desire will not write this story.

Something inside of me came unhinged. Literally. I’m not making this up. I felt sort of like I had blown a fuse, something tight in my chest slipped and fell, allowing more air in. 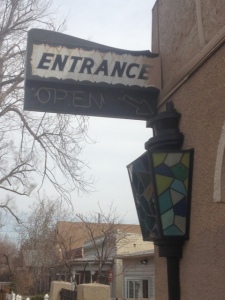 His desire will not write this story. That story we hear about the man who wears down the woman with persistence? Those are some married couples’ real-life love stories. We all know a few. My cousin Nancy Drew has one of those stories, a real –life one, of an acquaintance she knows:

“She was in a transitional place in her life—unemployed, broke. Kind of struggling spiritually. And that’s when she met him. He was successful, had a nice house. Always buying her dinners. She didn’t think much of him but he just kept popping up. He kept hanging around until she was worn down. Finally, she said she just gave up—they got engaged because he was so persistent, and life with him was stable and she didn’t have that panic about what to do with her life anymore. He adores her.”

She just gave up.

I just read Stacey D’Erasmo’s The Art of Intimacy and in it she says that once we stop asking why we try to connect and how it feels to be close to someone and how our bodies feel, we risk falling back on other people’s stories and other people’s meanings. From something small like how a kiss felt. “yeah, when we kissed it was like fireworks.” What if it really felt like sitting in a craggy, filling creekbed. Or something large like “He or she is a good person and likes me, so this must be my jam. Who am I to rock the boat?” He’s nice and he buys me stuff.

“We are anxious about intimacy,” Stacey D’Erasmo writes, “we crave it and fear it, and as a culture we can have a low tolerance for its essentially mercurial nature.”

I think of Nancy Drew’s story about the woman who was worn down by someone else’s desire: She just gave up. He adores her. That lady became sort of like a house. I understand—sometimes I wish I was sturdy like a house, and people could just take up residency and decorate my insides. But such is not a sustainable lifestyle for an actual person, least of all a person of whimsy. 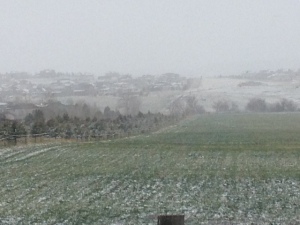