Wendy Darling sat in a bedroom on the top floor of an old farmhouse in the middle of Nebraska, where the sky cups the edges of eyesight and fields rustle en masse to imitate the sounds of the sea that used to be here 65 million years ago.

She texted Lost Boy: “Do you want to come Nebraska?”

And the rest is the beginning. The rest is the frantic calls Wendy made to friends Do I buy an air mattress? and Cali Girl’s urging, For pete’s sake, buy a dress. And Val’s advice to Have a few drinks and the artists at the Art Farm who said He’s coming here? He’s going to tell you he loves you.

And the long drive to the Omaha airport gave Wendy a lot of time to think but she did not think. She bought a fair amount of brisket and bottles of water. And she parked at the airport and she walked into the baggage claim, but he was not there, and so she walked further, because it’s the Omaha airport and you can do that–she walked further, past the coffeeshop and the cowboy hatted men and the families peering around the corner, further, up the escalator and right to the edge of the gate, because Omaha airport lets you greet travelers like we used to do in the old days, moments after they de-plane. And Wendy stood in the blue sundress she bought from WalMart, wondering if she’d recognize Lost Boy from Facebook photos. 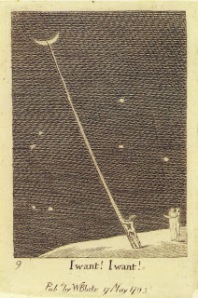 And she did recognize him, though he was a stranger to her, and she was terrified. Because we are telling the truth about love here, that’s the point, it’s terrifying, truly, and she knew it was him even though he seemed smaller and younger than his larger than life presence in her mind over the past year. I don’t say smaller in the way that we use to hurt a man’s ego, because he is not a small man, but–smaller in a way to say,  he had pulled all of himself inside himself, because he had put all of his hopes and vulnerability inside the package of himself instead of uncoiling it out into the ribbons of emails and phone calls. Smaller in a way to say: here was the other end of the ladder, the point in digital sea-space where the Lost Boy of this story had been this whole time, in the package of a real body, muscle, flesh and skeleton, not the elastic curtain of words, bought-a-ticket-and-got-on-a-plane-small, putting yourself in the hands of a writer in the middle of nowhere Nebraska small—which is the biggest thing you can do, don’t you think? Small because this was terrifying, yes, he had the same terrified–truly terrified–look in his eyes, because love is terrifying, and if you think it’s not you are made of sturdier stuff than I, walking in a baseball cap and flip flops toward her, the point is moving faster now, he’s carrying a large orange duffel on his shoulder, it’s almost as big as he is, for the size of the ladder he had manufactured to reach her had spanned a space bigger than people, and the distance between Lost Boy and Wendy Darling–the distance between two people who orbited each other in space for a year

disappeared, in an instant, and Wendy Darling hugged him and then she said—

Wait, no. Where was I going with this? Here is the place. Stay with them now, Wendy and Lost Boy, right now in this moment. For this is their beginning, but for this story of two points in space reaching out and coming together, this is the right time to say

Not Meeting Lost Boy, and, in the meantime, also, Not Getting A Job

Am I Doing This Right? or, Taking Pride In One's Personal Splash