The development of the dance piece le Pain was one of true mutual ownership and collaboration between Gregory, Jordon, and myself. Subsequently, when we went to translate it into a film we tried to keep the production non-hierarchical and collaborative, where each person wore multiple hats. The Director of Photography, Christian Hardy, danced with the camera because he had taken dance classes with me, and the dancers operated the camera and participated in the production choices and crewing. In this regard the finished product truly became an offspring of the group of individuals who came together in labor, love, and a hell of a lot of laughter. Below is a little insight into the diverse creative minds who took this rebellious little duet from the stage, and turned it into rollercoaster ride of a film. You can also check out this NEVER BEFORE RELEASED video of behind-the-scenes bloopers.

I still prefer French bread with cheese or maybe wine, though I have grown fonder of the crumb/saliva combination through the making of this film.

If I were a bird I’d be a blue-footed booby.

Sazerac at The Columns Hotel and a cigarette bummed off a handsome stranger.

What is the biggest lesson you learned working on this film?

Making le Pain taught me how to find even more strength in my vulnerability as an artist and a person, and to practice consistency for the sake of your editor.

If I were a bird I’d be the dodo (Raphus cucullatus): “The etymology of the word dodo is unclear. Some ascribe it to the Dutch word dodoor for ‘sluggard,’ but it is more probably related to Dodaars, which means either ‘fat-arse’ or ‘knot-arse,’ referring to the knot of feathers on the hind end.” 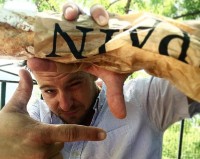 Got a call for a job on a major motion picture and was asked if I was comfortable operating a camera crane. I had never done that before but I lied and got the job. I show up and my first shot is to track a galloping horse down a path and drop the camera down to reveal a five-year-old boy. The stakes were pretty high, but no animals or children were hurt, and I still work.

Never had one lesson . . . until I met Meryl Murman.

What was the most awkward moment for you during the making of le Pain?

My mom wouldn’t let me go to clown college because she is a coulrophobe, so the clown’s existential crisis was pretty awkward.

French bread came to Lebanon, where I am from, via the French rule. A friend of mine coined the term ‘white breading’ as the process of colonial residue becoming the cultural vernacular in ‘post-colonial’ spaces. I hold no grudges, for what we transformed in its use is something to be proud of.

Space has always been a huge problem in my life. Dancers combine movement with time to shake the foundations of space. They taught me how to liberate myself.

A hummingbird. For the purpose of bending time. 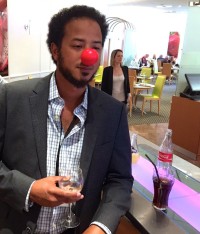 I’m not a very good liar. Probably why I gave up on acting.

I can’t remember, but I did watch the cinematographer consume more energy drinks, and cigarettes than I thought was humanly possible.

An essential component of a delicious oyster po-boy. Also great for gumbo dipping.

Dance is something I am moved to do after the perfect blend of tequila and 80s pop music. I love working on Meryl’s dance films because I get to be on set and flirt with all the pretty dancers. 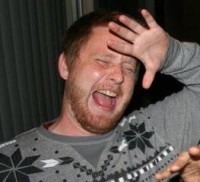 An ostrich. I would be a weird flightless bird who was jealous of all the flying birds.

What was unique to you about this piece?

Thinking of dialogue in terms of both spoken word and dance. 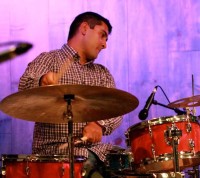 When I was in high school, I got in a bad skateboard accident and was sent to the ER. When I came back to school the next morning I was in a wheelchair (which I didn’t need) and told everyone I got attacked by a bear in Tahoe.

What was unique about this piece?

It was extremely interactive. The use of dance, music, and film being composed simultaneously was a first experience for me.

I’d be an egret because it rhymes with Regret

I lie to the government every opportunity I get.

I’d like to say if I was a bird I’d be a parrot, mostly because I talk a lot, although I don’t repeat much. I have a feeling if me and a parrot came into contact, we’d be inseparable.

Meryl Murman is the Artistic Director of FLOCK, New Orleans' newest dance company. FLOCK is a constellation of individuals who come together to stretch the boundaries of contemporary dance through a shared sense of curiosity, play, and physical and emotional abandon.